The 9-Euro-Ticket. No doubt, this three months left whole Germany with mixed feelings. To appreciate the memories we gained during this time – both positive and less positive – we were asked by Deutsche Bahn to produce some honest commercials for the national follow-up campaign. Thus VIRUS sneaked into the trains and captured some really common situations. 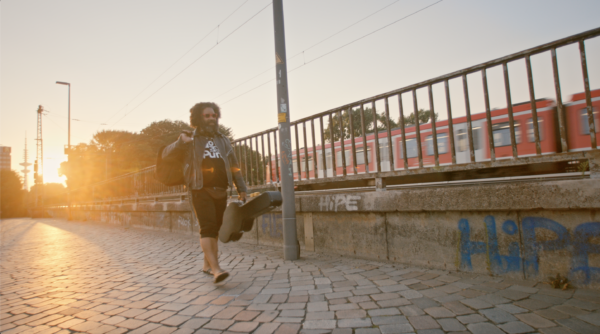 DEEP DIVE INTO THE URBAN JUGLE

A lot of steel, concrete and wires are coming into our mind when we think about train stations. Or beautiful buildings with huge halls. But there are a lot of different ways a journey with a Deutsche Bahn train could look like. Out of plenty possible locations we have carefully picked the ones, which will convey the right vibe and everyone could empathize with. Our team invested a lot of effort in visiting every location and arranging them into a straightforward storyline.

Did you ever wonder how many trains are passing by unconsciously in your everyday life? Without our highly aligned film crew we´ve might lost track. When filming on regular operation, in and outside of several trains, we had to be as fast as possible to react on unpredictable situations. And yes, there were some. What a luck that VIRUS is used to that. A small, but effective crew handled to keep up even to the bustling commuter traffic. 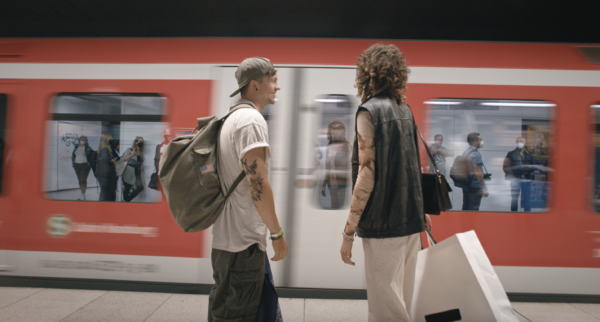 We were able to catch a variety of nice moments during the four days of shooting. A lot of them. So an overwhelming amount of generated footage awaited to be precisely selected. Working hand in hand with our editor and color grader the VIRUS Creative Dpt. was able to get another point of few, while making sure that the result will feel as authentic as the stories itself.