Audiolith approached us with the need for a music video. Fuck Art Let’s Dance released a new album with the same title and the message was pretty apocalyptic.

Chance is high that you've seen one or the other Indie-Band perform in a forrest..So we agreed on putting more effort into lighting and set design. We put up endless mirrors on the trees, which Phillip cut himself for hours and shifted the budget towards an awesome balloon light.

So we had light and look covered..Only thing left: Haze. A lot of haze.

We had to build a controllable environment for the insect scenes. It would have been too stressful to shoot on location in the forest and the chance of getting crushed by someone was too big.

We built a 2x2m platform with a hole in the middle. We then put soil, dirt, wood and plants on it, lit up everything from above and let dry ice float through the hole.

The camera was mounted on a dolly with a macro tele lens. 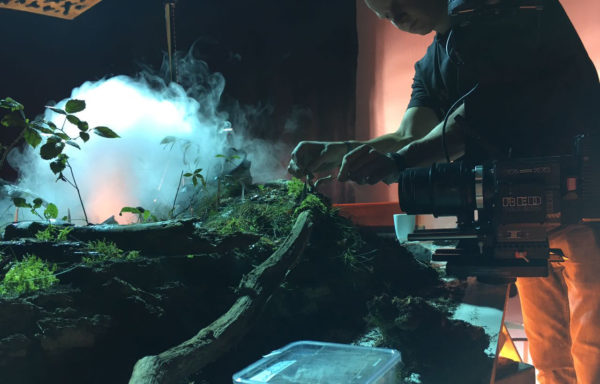