A shoe that’s also a ticket? An awesome idea! Together with a highly motivated creative team at JvM we developed a case film of a different kind. We threw some smoke bombs, found a great cast and ruled the streets of Berlin for this shoot.

The case is honored with multiple awards, several Cannes Lions and the Grand Prix at the Art Director’s Club Germany. Watch our Director’s Cut below. 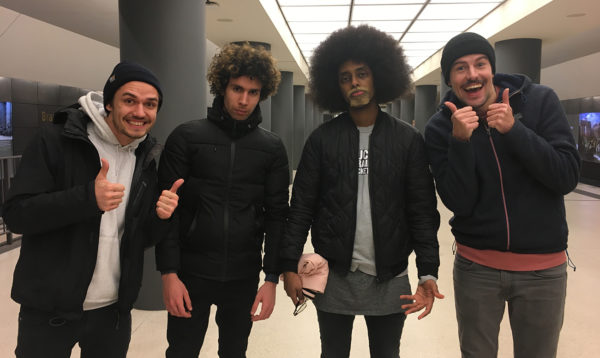 To realize this film, we had to be flexible and quick. Which means: small crew, less gear. There wasn't much shooting time so we had one main unit consisting of Max and Lukas Willasch and a second unit with Anton. Our A-camera was the RED Scarlet-W with a remote follow focus, B-camera was a Sony A7SII mounted in a Ronan-M and the 2nd unit worked with another Sony Alpha handheld setup. We shot almost everything handheld but some gimbal shots came in handy in the edit.

Thinking out of the box

As you may know, case films don't usually have the biggest budgets in the industry. But this idea was just too good to be true, so we came up with some workarounds to make it happen. As an example, check out how we managed the 360° shot of the shoe.

We owe you, guys!

Also some friends in Berlin came in handy as additional cast. Who doesn't want to stroll through Berlin with an anti-establishment attitude and be filmed by us?